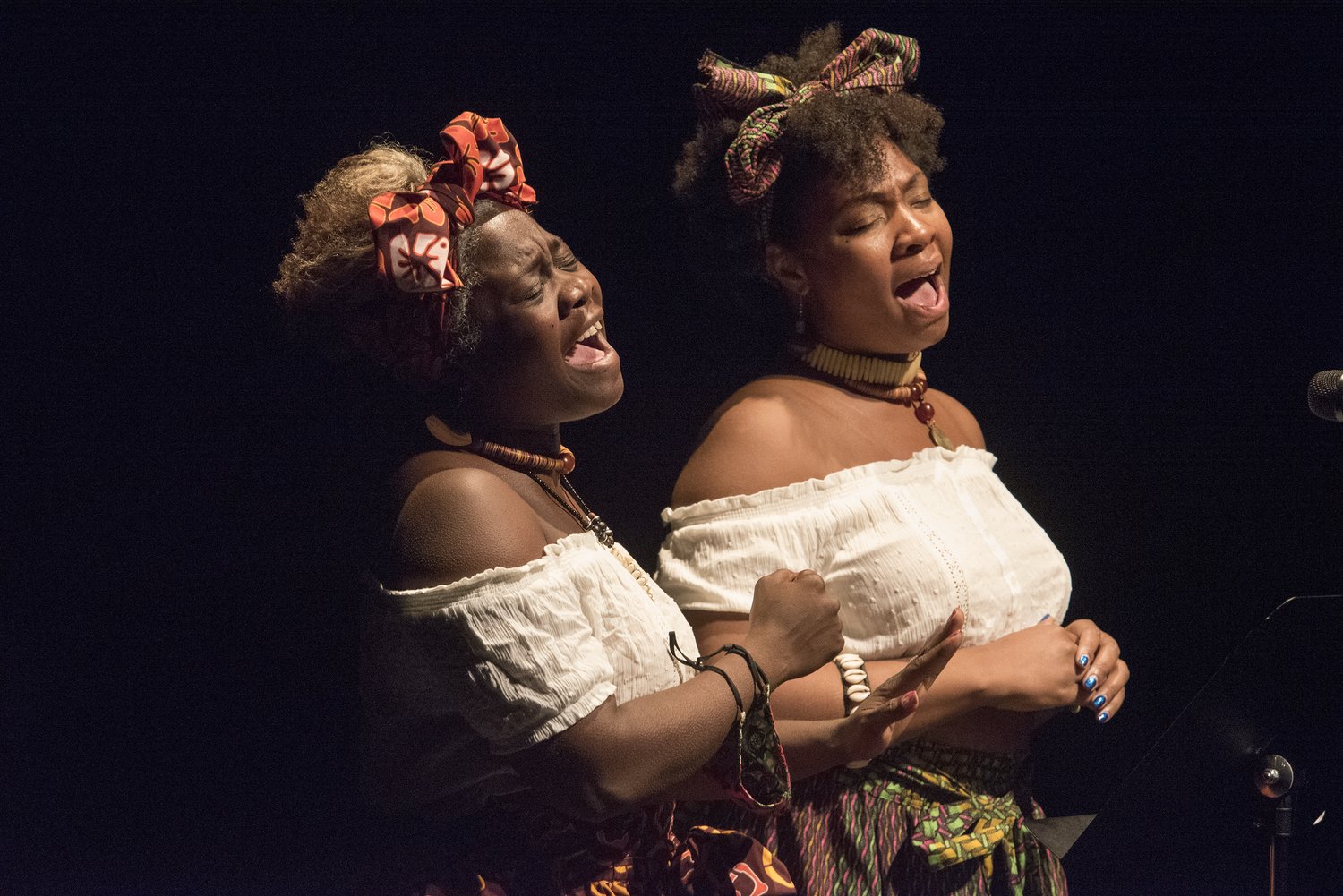 Join Motus Theater at The Arts Hub in Lafayette, Colorado, for a special presentation of Boundless Truth: Women’s Stories of Freedom & Incarceration at 7pm. Autobiographical monologues from Motus Theater in which Black women leaders, who were formerly incarcerated, tell personal stories about the damage done in the name of justice. Special guest readers will stand in the shoes of a Boundless Truth monologist by co-reading their story. Musical response from a cappella singing duo Spirit of Grace. Featured monologists include Terri House, and Cynthia Randall.

Boundless Truth: Women’s Stories of Freedom & Incarceration is part of Motus Theater’s JustUs project. JustUs was developed by Motus Theater in 2019 and premiered as a keynote at the National Association of Community and Restorative Justice Conference in front of 1,600 stakeholders. Since then, the JustUs monologues have been featured in several national and global conferences and have been read and embraced by religious, social justice, civic and law enforcement leaders across the state. The powerful monologues explore themes such as racial profiling, inequality in the bond/bail system, human rights abuses in prisons, criminalizing substance abusers, and the systemic racism and poverty that pushes people into illicit economies.

Terri House is a Motus Theater JustUs monologist who has dedicated her life and career to helping others overcome barriers and expand their access through education, advocacy and engagement. She has a master’s degree in Nonprofit Management, and currently serves as the Wrap Around Service Director with Launch Network and is a contract grant writer with Denver Food Rescue.

Cynthia Randall is a Motus Theater JustUs monologist, Certified Addiction Specialist, Unlicensed Psychotherapist and Acupuncture Detoxification Specialist, and a practitioner of traditional medicine. Cynthia is an extraordinary family advocate, a champion for social justice and community connector with over 19 years’ experience in restorative justice facilitation, human services, and program development.

Spirit of Grace is an a capella choir of two sisters Christin Grant, and Larea Edwards, who regularly tour with Colorado’s most famous experimental rap rock band, the Flobots, as its core backup singers. They have a particularly pronounced presence in the Flobots album NOENEMIES. Christin and Larea are also founders of the sanctuary choir at Rapture Missionary Baptist Church. With their original songs, Spirit of Grace hopes to bring encouragement, hope, and inspiration to those who hear them sing.

Open to registered participants only

Pre-registration is not required

Unknown if ASL interpretation is available

Unknown if venue is wheelchair accessible

Unknown if lactation room is available

Check with organizers for details